The film installation consists of two parts: FRONT version and BACK version. In the FRONT version we see a deer’s head, which is alive instead of stuffed, hanging on the wall. The deer stares ahead motionless, making it difficult to distinguish whether it is alive or stuffed. In the BACK version we can see the other side of the wall. There the same deer stands alone in a bare room with its head disappearing into the wall. This silent film installation is a continuous projection with no end or beginning. 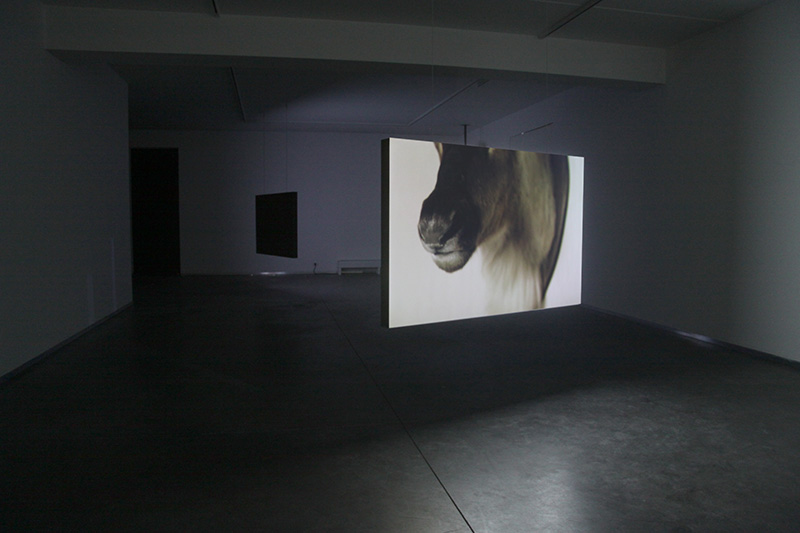 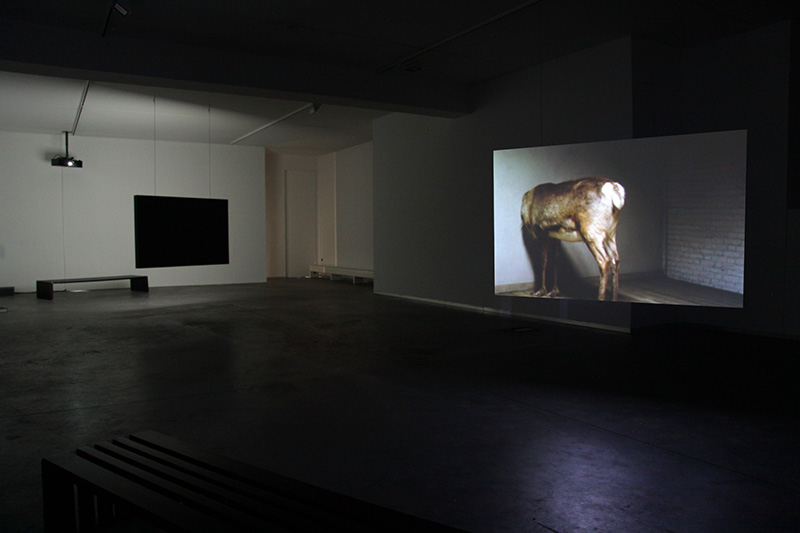 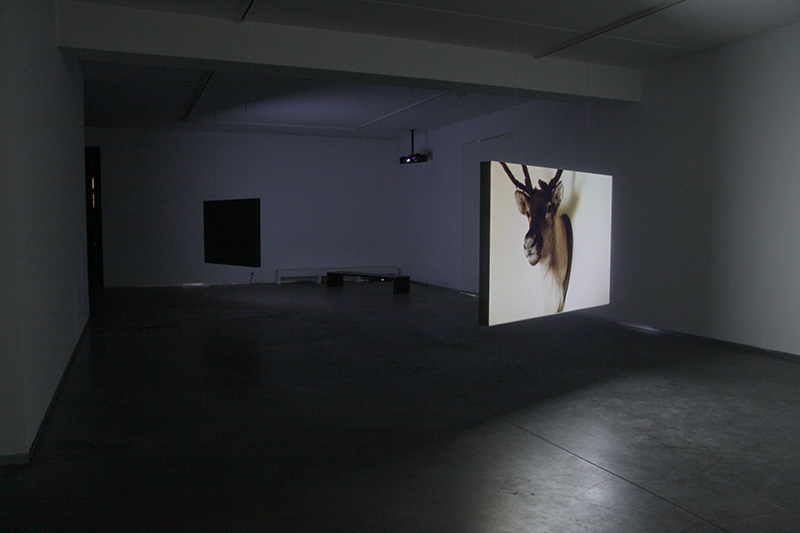